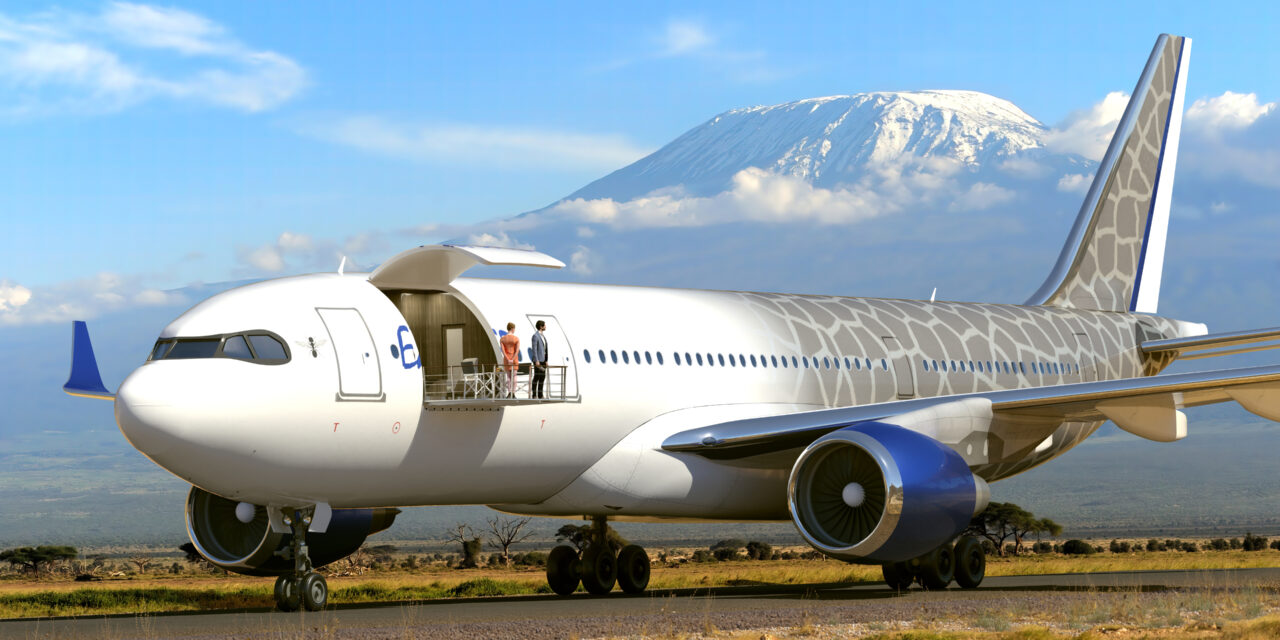 Unveiled at the last Monaco Yacht Show and the Dubai Airshow, the Explorer concept designed by Lufthansa Technik is all about escape. Based on the Airbus A330 platform, Explorer is more than just a concept, it is a technological laboratory for future VIP cabins.

A part of the Explorer concept speaks to you. And that’s not surprising. In 2010, Design Q unveiled the concept of a folding deck based on an Avro RJ. Nothing new at first glance. And yet. It would be reductive to only remember the Explorer’s design as a deck. The concept designed by Lufthansa Technik (LHT) brings much more than this simple reference by responding to a new market trend but above all brings on board the cabin, a brand new technology that should revolutionize the interior.

At the crossroads of two worlds

The launch of the Explorer concept for the Monaco Yacht Show (MYS) is not trivial. The Explorer reflects the current trend in the yacht market for multi-functional vessels that combine the spirit of exploration with a very high-end, ultra-comfortable interior, just like one’s own home, as Wieland Timm, head of VIP & Special Mission Aircraft Services at Lufthansa Technik, points out: « The superyacht market is trying to fulfill two wishes expressed by owners: to take them almost anywhere at any time and to serve them at their destination as an individual hotel and base camp for a wide variety of leisure activities and excursions. » In fact, the manager says the explorer concept was developed for « this growing target group. Unlike a yacht, our aircraft allows passengers to travel to the other side of the world in a few hours and set up their own base camp for other activities. This opens up a whole new range of possibilities for the explorer clientele, » adds Timm. The Explorer concept responds to this new generation of customers who are following an evolution in lifestyle and above all responds to a need for new horizons, as Wieland points out: « We have designed a plane for people who want to go to places that are not very popular, closer to nature, in order to take advantage of these new spaces with their family or friends for stays of a couple of weeks or more. »

For its concept LHT turned to the Airbus A330. According to the German company, this aircraft offers enough space for a large number of original cabin ideas and sufficient autonomy to meet the particular wishes of the customers of this Explorer concept. If the European jet was preferred to its direct American competitor, the Boeing 777, it is above all for the simplicity of access to the aircraft’s technical data. LHT thus favors the choice of Airbus and the A330 with a cargo door available on the market, notably in the MRTT model dedicated to the military segment. However, the concept could also be rethought for another Airbus model, the A350. « We chose the 330 because the 350 is not yet available with a cargo door, but the idea is feasible if we rethink the concept for this type of aircraft, » says Timm Wieland. Based on this platform and the accessibility of the cargo door at the front of the aircraft, Lufthansa has designed a floor that can be retracted several meters to extend the cabin outwards from the parked aircraft to form a spacious veranda. At a height of about four meters above the ground, the passengers of the explorer are thus offered a unique view of the surroundings and the airport that serves as the aircraft’s base camp. This retractable veranda on the Explorer concept is inspired by the class of yachts that already bear this name. These ships have precisely these retractable elements to give their passengers an even more direct contact with the environment. In order to meet a wider demand, the cargo door on the main deck of the Airbus A330 is now also available as a retrofit solution for passenger versions, a solution that in the coming years could allow a number of A330s being replaced to be converted to all-cargo versions as well as the Explorer concept.

In addition to the veranda concept, the engineering and design teams at Lufthansa Technik paid the greatest attention to multi-functional solutions and the widest possible range of use cases. The aircraft is fitted out with classic elements such as bedrooms, guest rooms, bathrooms, offices, dining rooms and conference rooms. The multi-functional room located at the rear of the aircraft is another highlight of the concept. LHT imagined the integration of a fitness and wellness room. « The idea is to offer an exclusive journey through 4 suites and modular parts, especially in the rear area… » says Timm. In case of emergency, this space can also be converted into a flying hospital room. The configuration currently presented by the manufacturer can accommodate up to twelve passengers, emphasizing the exploratory tendency of this VIP clientele. However, other modular variants for up to 47 passengers are also possible based on this concept. These can include, for example, a much more individual owner’s module with a master bedroom and bathroom as well as an office, but also larger spaces for the crew or additional entourage.

In order to attractively present to guests and other passengers the vehicles for exploring the aircraft’s surroundings, the Lufthansa Technik team considered the integration of a “Mobility Lounge” in the rear part of the lower deck. The lounge can be viewed from the main deck via a glass floor. Thanks to a practical staircase, the Mobility Lounge will be easily accessible to passengers from the main deck, even during the flight. It will also meet the technical needs of the vehicles carried on board. This special area will be created in cooperation with Brabus, a leading converter of luxury cars.

With a scalable and perfectly designed concept, Lufthansa is also working to expand the cabin space with technology that will revolutionize future cabins in both the business and commercial aviation markets. One of the highlights of the Explorer concept is the large-scale integrated projection system for virtual content, which extends from the top of the window to almost the entire cabin ceiling in the multi-functional lounge area. While similar features have been seen frequently in design studies, until now there has been no appropriate technology to implement them in a way that is both aesthetically compelling and certifiable. In close cooperation with Diehl Aerospace – a joint venture between Diehl Aviation and Thales – the experts at Lufthansa Technik succeeded in building the definitive gateway for the large-scale implementation of such virtual cabin elements. To this end, the Lufthansa Technik design team integrated Diehl’s projection technology and adapted it specifically for use in a VIP cabin. By cleverly positioning the small, lightweight, passively cooled projectors in the sidewall and ceiling elements, large-scale virtual prints are created, the content of which customers can configure individually according to their wishes using a corresponding software solution from Diehl. « By integrating Diehl’s unique projection system, we have created an interior that exploits the full potential of technology for a VIP cabin, » emphasizes Michael Bork, interior designer for VIP and special mission aircraft at Lufthansa Technik before adding, « it is optimized to bring to life a variety of virtual atmospheres and worlds, changing the overall look of the cabin with a simple fingertip. » The first short teaser shown in Monaco already presented an animated underwater world with a perfect optical illusion in this way. However, the ideas of the Lufthansa Technik design team for this cabin functionality go far beyond that: from virtual day and night skies to architectural shapes and even a flying disco, the most diverse and even constantly changing configurations are possible. The design team also thought of an aesthetically pleasing rest concept with inactive projectors. « When designing an Airbus A330 Explorer, we paid particular attention to feasibility. That’s why our experts have already developed detailed implementation proposals for many technical features and new innovations, » add to the Monaco Yacht Show Jan Grube, VIP & Special Mission Aircraft Services sales manager. “

As you can imagine, this kind of work requires a considerable amount of time. Lufthansa Technik has announced that the aircraft will be out of service for 24 months after it has been delivered to its workshops. For Explorer LHT has targeted three types of customers: the yacht owner and occasional user, the hotel companies to hear the offer of their product range with a new service and the charter companies which would have the possibility to create a fleet of this type of aircraft to offer to their customers for flights on demand.  « We had a first feedback from customers during the MYS which was very encouraging because it goes in the pioneering spirit sought in the yachting world.  In addition to the concept of exploring, the new technology developed by Diehl has aroused great interest, especially among business aviation professionals, » said Wieland Timm. However, despite the feasibility of the program, there is no reason to believe that the concept could be implemented in its current form.  Because of its many possible uses, Lufthansa Technik says it is using the Explorer concept primarily as a think tank to develop and present other ideas and technologies that currently only exist on the drawing board. So it’s urgent to wait. 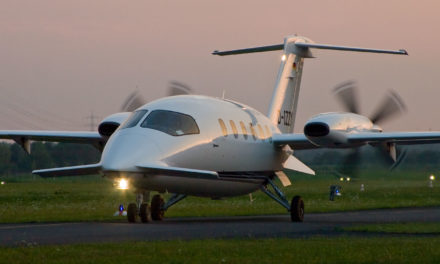 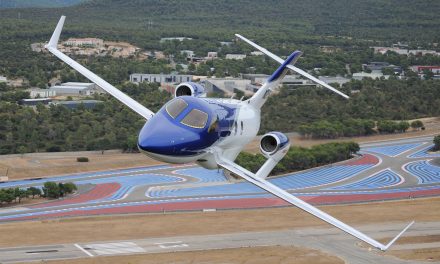 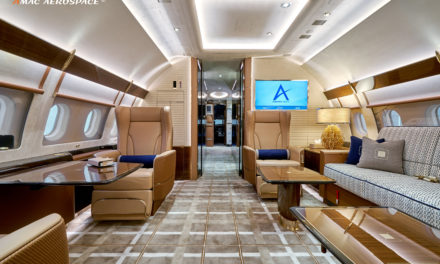 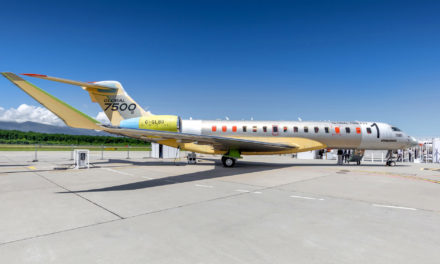