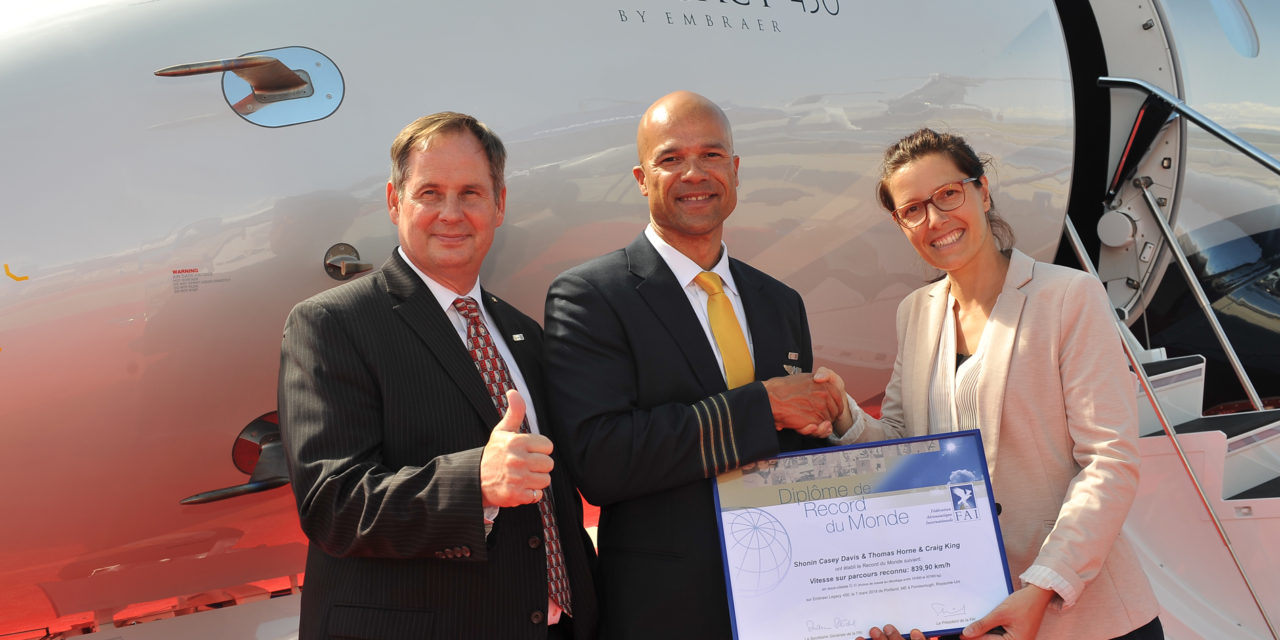 Embraer’s Legacy 450 medium cabin business jet set a new speed record on a recent flight between Portland, Maine in the United States and Farnborough in the United Kingdom, according to the U.S. National Aeronautic Association (NAA). The record-setting flight occurred on March 7, 2018, with two pilots and two passengers on a ferry flight of Embraer’s new Legacy 450 demonstrator aircraft, which debuted at the European Business Aviation Conference and Exhibition (EBACE) in Geneva, Switzerland, with new seat designs and the lowest cabin altitude in its class (5,800 ft.).The flight departed at 9:25 a.m. from Portland International Jetport Airport (KPWM) and landed at Farnborough Airport (EGLF) at 8:30 p.m., achieving an average speed of 521.89 mph (840 kph). The Legacy 450 landed with fuel reserves in excess of those required for NBAA IFR as well as for critical operations. The flight lasted six hours and five minutes, covering a distance of 2,756 nautical miles (5,105 km). The Legacy 450 has a full range capability of 2,904 nm (5,378 km) with four passengers and NBAA IFR Reserves, and it can operate at up to Mach 0.83 with an altitude ceiling of 45,000 ft. The aircraft’s cabin altitude is the lowest in its class, at 5,800 ft. The aircraft’s environmental control system also preserves a sea-level cabin altitude while flying under 27,050 ft. 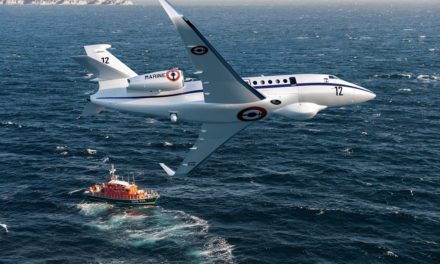 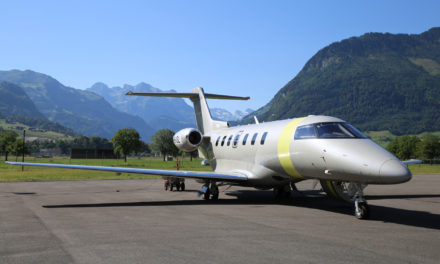 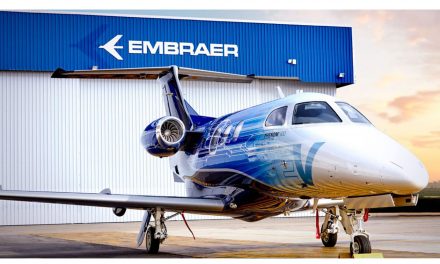