IXAIR: 20 years of elegance and discretion 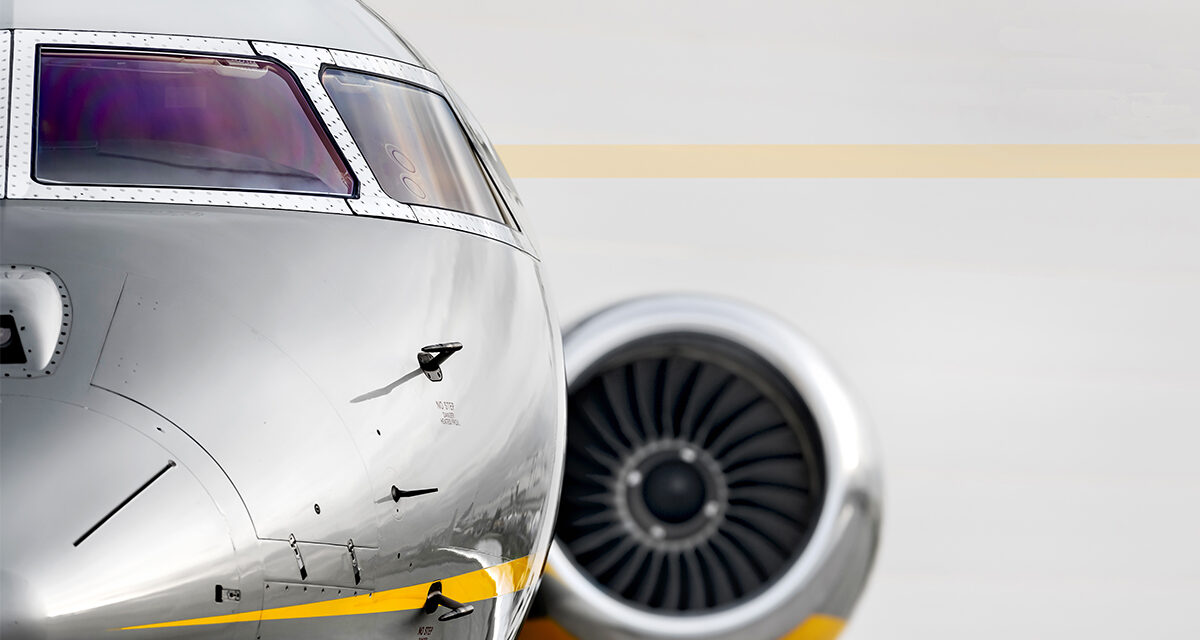 Well-known at the Paris Le Bourget airport, the French operator IXAIR celebrated its 20th anniversary last October. From helicopters to business aviation, IXAIR has built a solid reputation as an operator over the years, while remaining a discreet player, far from the hustle and bustle of French air transport. This strength has been put to good use over the years and allows IXAIR to look to the future and meet the many challenges of tomorrow’s business aviation.

The era of the rotary wing…

It is an understatement to say that IXAIR is an emblematic operator in France. The airline born at the beginning of the 2000’s had without a doubt all the assets to grow, and already a culture focused on safety, discretion, transparency and customer satisfaction. A strategy that is still at the heart of the operator’s development today, but which in the early 2000s proved to be a challenge in a sector, with a few exceptions, marked by a lack of professional structures. For the historical main shareholder, « the birth of IXAIR is the result of rather bad experiences in other structures as an owner, notably in terms of security. IXAIR is the synthesis of what I wanted to see as an owner and user of an EC135 and that I could not find in any other structure. Having an entrepreneurial spirit, what I had developed at the beginning for my personal use very quickly became a real economic entity ». In fact, IXAIR has revealed itself at the beginning of this millennium as a key player in the helicopter world. Based in Toussus-Le-Noble, the operator is growing serenely thanks to its helicopter flight training school. Very quickly, and in order to meet the technical needs of its Parisian operational center, the company developed an approved maintenance center, iXAéro, in 2001, and bought the company CTY Services, based at the Auch airfield in the southwest of France. If the initial fleet was composed of Robinson R22 and R44 aircraft as well as an EC135, the company also acquired other machines in order to meet the full range of aerial work that could be requested. With the obtaining in 2003 of the certificate of helicopter air transport, the training school is transformed into an airline company in order to answer the markets of the flights to the request but especially with the objective to develop the transfers edge to edge since in particular the business aviation.

…Until the beginning of business aviation

IXAIR will also see its activity develop in the lifting operations sector, which will be carried out from 2006 to 2012, as well as on the fire fighting front from 2007. Aerial work will be completed by aerial filming flights for the cinema. As a sign of its deep commitment and strong imprint in the sector, IXAIR merged with Helifrance Paris Hélicoptères in 2006 and became the first rotary wing company in France. IXAIR will continue to develop this status by becoming the first operator and the first helicopter training center in the world to put into service the Cabri G2 of Guimbal Helicopters. A French symbol.

In parallel with the expansion of IXAIR, and with the same spirit as when the helicopter training school was created, the main shareholder created iXJet in 2005. A new entity with the objective of developing a business aviation sector with its aircraft of the time, a Citation CJ. The airline was officially created in 2006 with the obtaining of its Air Operator Certificate (AOC) and the official registration of two aircraft (Citation CJ1 and CJ2) managed on behalf of owners. Less than a year later, a third Cessna went into operation, a CJ3 which, like the Cabri, also became the first aircraft of its kind to be operated in France.  In order to rationalize and consolidate their market, IXAIR and iXJet merged in 2007, allowing the entity to become the only mixed French airline, operating helicopters and airplanes under the same AOC.

With these three aircraft, the private aircraft company managed to develop the long-haul sector by introducing a Falcon 900B into its fleet list in 2008. This was a dark year for the U.S. economy, but paradoxically it was not until 2009 that the European economy rebounded strongly across the Atlantic. Like the previous economic turbulence, business aviation is obviously affected by this crisis and the Paris Le Bourget airport platform, where IXAIR is based, is far from sparing the players in the sector. In view of the evolution of the aviation sector and its market, the main shareholder decided in 2011 to put an end to its helicopter activity, which was at the origin of its aeronautical adventure. If the reason is obvious, it is no less symbolic for the aeronautical activity in France: « It is difficult to operate helicopters in France and we have not found a sufficiently viable economic model to make this activity work, especially for on-board flights, which are almost impossible to carry out on the Parisian platforms, » says the shareholder. As a matter of pragmatism, but also for the historical symbolism that makes sense, the name IXAIR is maintained for the benefit of the business aviation company. If this new departure is part of a precise economic strategy to open up new horizons for the company, the director indicates that he had to take up another challenge, a human one, in order to re-establish the company in the air transport landscape, if not internationally, at least at the beginning on the European level: « In addition to having to review the economic model in order to be able to maintain investments to develop, I had to face another challenge, more painful and difficult, related to human relations. In aeronautics, I realized that there were two distinct bases: the crews and the ground managers. During this period, there was not necessarily harmony between these two groups of people. In our growth projects, we had to manage the hold that the pilot division had unfortunately developed in the decision-making process over the rest of the teams and to restore order in this difficult context. Managing this type of crisis was tricky, but fortunately we are now very far from this state of mind, with our ground and flight teams united and very strongly involved. »

The world has wings

This restructuring will lead the company to the advent of a new type of management board composed of three people: Jenny Perrot, Christophe Le Dentu and Nicolas Ziza. With their complementary skills and strategic visions, these three leaders have been the company’s thinking heads since 2015. And this tripartite management will not only consolidate the company but above all give a saving and strategically promising impetus to IXAIR. The appointment of this management is concomitant with the entry into service of the operator’s flagship. Indeed, during the year, after the departure of the Falcon 50B, IXAIR has been working on the evolution and modernization of its fleet. Once the decision was made to replace the aging Falcon 900B, the choice fell on a Bombardier Global XRS. This new aircraft marks the opening up of the very long-haul sector, and thus a potentially larger market for the company. According to Christophe Le Dentu, then chief pilot and member of IXAIR’s board of directors, « The entry into the fleet list of this new aircraft has improved IXAIR’s method of operation on the operational and commercial levels. » From an operational point of view, the company had to adapt its ground operations to the opening of the “world” zone. However, despite a smooth transition, the biggest revolution the company will have to face is that of its customers. Previously equipped with a fleet of Citation CJs and Falcons, IXAIR has entered a new market with the acquisition of the Global, aimed at users seeking flights of more than 10 to 13 hours non-stop. Like a legendary epic, the arrival of this new aircraft and of a Citation CJ4 gives IXAIR the opportunity to position itself as the leading French operator of these two types of aircraft. Last but not least, in 2017 the company reiterated its now legendary ability to exploit the resources of the DGAC – Direction Générale de l’Aviation Civile – by integrating into its fleet, the very first Cessna Citation Latitude registered in France.

With a consolidated fleet, three French bases (Paris, Lyon and Cannes) and an opening to the world, thanks in particular to the Global XRS and the Falcon 2000LXS, IXAIR quickly became an essential component of the Paris Le Bourget site. The turbulent period had the merit of redefining the company’s priorities, refocusing its activities and developing new ones. Thus, the various certifications applicable to these new aircraft have made IXAIR not only a pioneer but also a « regulatory incubator for the aviation business », as Jenny Perrot, Compliance Monitoring, Safety Manager and member of the company’s Board of Directors, points out, before adding: « These certifications have obliged the French authorities to broaden their field of competence for the benefit of other French operators, sometimes competitors of IXAIR, acquiring the same types of aircraft. » With this role previously reserved for the company’s operations, IXAIR has developed its so-called “service” activities. The operator has become a consulting center, particularly for Continuing Airworthiness Management Organization (CAMO), with a rating that goes far beyond the public transport fleet. In addition, the company is in charge of the surveillance of more than twenty aircraft, within the framework of Part NCC (Non Commercial Complex) regulations. This activity offers a personalized accompaniment of the regulatory conformity to the customers and owners through a very complete assistance and advice service (preparation of audits…).

With two booming business lines, the company decided in 2021 to review its location at Le Bourget airport by taking up residence on the top floor of the main business aviation terminal, a few steps away from the Air and Space Museum. These new premises are also an opportunity for the operator to develop a partnership with the luxury real estate agency Barnes. A complementary relationship that should enable the company to develop its market and a clientele more oriented towards the luxury environment, as the main shareholder underlines in an aside: « The discretion of our company is an essential component of IXAIR’s identity. But in order to develop, we will undoubtedly have to expose ourselves a little more and turn towards the “grand luxury” and its universe ». If the company sees itself evolving towards the world of luxury, it does not forget to reappropriate the North American market that it had initially developed in 2019 but stopped short with the arrival of the covid-19. The year 2023 should see the reopening of the commercial representation on the east and west coasts of the United States in Van Nuys and New York. Next year will also be an opportunity for IXAIR to expand its fleet once again. The operator, which currently has six aircraft (two Citation Mustangs, CJ2+, CJ3, Falcon 2000LXS, Global XRS), is expected to acquire a new generation Embraer Phenom 300E  from its own funds.

With more than 20 years of activity and the experience of its teams, which today number more than 40 employees, IXAIR is opening a new chapter in its history. In spite of the turbulence that has passed through it, its main shareholder says he is « deeply attached to this company in which he has always believed » and adds « that if he had to do it all over again, he would sign again ». Further on, this airline can pride itself on having not only somewhat enriched the French air transport landscape, but also strengthened the ability of operators to reinvent themselves. This observation is shared by the main shareholder, who emphasizes that IXAIR « has been able to maintain its ability to constantly renew itself in a particularly competitive sector, but above all, to bring a certain form of rigor to the business aviation sector. » 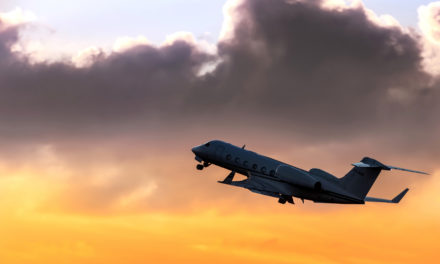 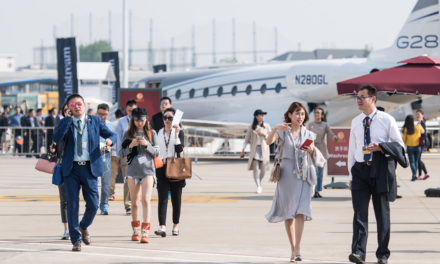 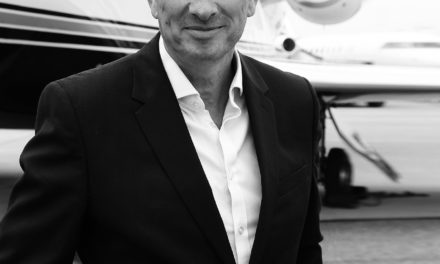 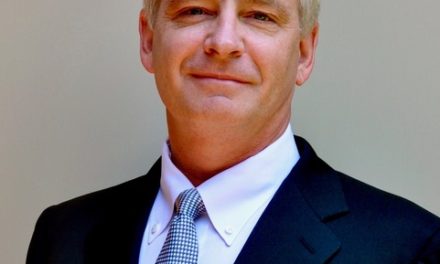 Jetnet IQ : 2020 was more active than expected for the pre-owned business jet market